I am, therefore I think!

I have this horrible habit of taking time off work without having made any plans in advance. I definitely need the time off from work but I hate that these PTO days get wasted as staycations. 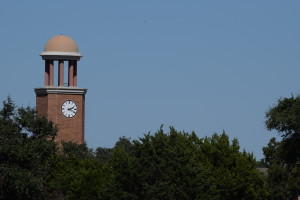 I will admit that I am a bit frugal when it comes to vacations so maybe I just need to loosen the purse strings and get out to some exotic island for once.

For this staycation, I had hoped to take some day trips 3 or 4 days out of the week to try some highly rated BBQ joints outside of Austin, TX. I had done this once before, during a previous staycation, but I did not document my adventures at the time, so I don’t recall which places I enjoyed most.

This time around, I got lazy during my first two days of the week so I went nowhere and binged on Netflix shows. I ended up working unexpectedly in the middle of the week for one day, but Thur and Fri were open and available to me. I managed to get out late on Thur so I didn’t want to risk driving for an hour and a half only to find the BBQ joint of choice sold out. (The good ones sell out by 1pm). So I told myself on Thur night that I would get out early for sure on Fri.

Didn’t happen. Well not quite anyway. I ended up leaving the house by 11:30, but didn’t have a hankering for BBQ as I was driving. Ended up at a Chinese buffet in south Austin.  Not a total waste, but disappointing in the end.

My next scheduled PTO is during my son’s spring break in March. I plan to meet with him in January so we can plan something together. Hopefully I’ll be blogging about the awesome time we had on that vacation.