I am, therefore I think!

So, as I sit here in a near empty Starbucks, sipping on a White Chocolate Mocha Frappuccino, listening to some soothing guitar music by Adrian Legg, I reflect on the loneliness that is today – father’s day no less. 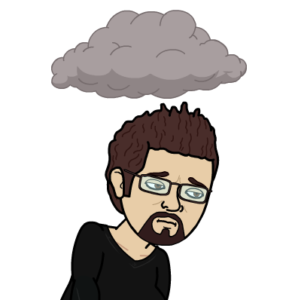 My son, is away in Taiwan visiting his maternal grandfather. His grandfather, my former FIL, was recently in a scooter accident and had been in ICU for some time so there is definitely good reason for my son to be there. But it doesn’t stop me from wishing he was here being his usual teen self, fixated on his mobile device and responding to my questions with one word answers like “good”, “sure”, “OK”, and “I dunno”. I can’t help but miss him. I’m sure he’d be having a Green Tea Frappuccino if he were here.

Today also happens to be my son’s birthday so that’s a double-whammy. I’ve been asking him for a  birthday wishlist for months and he hasn’t sent me anything so I’ll just have to pick something out for him. He doesn’t say much these days so it is hard to tell what he’s into. I guess with no communication from him, he’ll just have to enjoy whatever I get him.

Another issue that is making today feel a little less joyous, is that I’m having conflicted feelings about my own father. My dad passed away in Jan 2013. We didn’t have a terrible relationship or anything, but I never felt like he was someone I could consider a confidant. We never had those deep and meaningful conversations about life. Seemed like all of our interactions barely scratched the surface of anything worth remembering. I know he cared about me, and was always worried if I had enough money (even though I had a well-paying job and a relatively large house while he was alive).

When he passed away, I never cried – and this has been eating at me. I was not moved to tears for him when I saw him laying deceased in his hospital bed, during his funeral or as I reflected on our relationship any time after that. I think part of the reason for this is that I have been resentful of him for the way he treated my mom. In front of company, he was sassy with her but in a joking sort of way, but I knew he was much more of a jerk with her when no one was around – one of those very demanding old-school misogynists. I should have been more vocal toward him about my disapproval of his behavior with her, but I never lashed out at him.

That’s as far as I’ll go about all that.

Anyway, I’m struggling with my emotions today. And I’m coping with it the only way I know how – shutting out everyone around me. Ignoring texts/calls/emails, avoiding eye contact with people, anything I can think of to not burden people with my issues.

I really don’t have a bad life, but I sure do mope about what I don’t have far too much. I’ve got to find a way to not get in my own way of my own happiness so frequently.

I’m a work in progress.

One thought on “A Solitary Father’s Day”